Stairlifts, believe it or not, have a long history. The modern stairlift, which we are most used to seeing today, was developed by a Pennsylvanian engineer named C.C. Crispen. The idea was first formed when Crispen’s good friend was immobilized, and could no longer use stairs under his own power. This promted Crispen to build the first prototype of a Stairlift which he names, the Inclin-ator. It wasn’t long after that the stairlift started showing up in homes across to the country, making peoples lives that much easier. 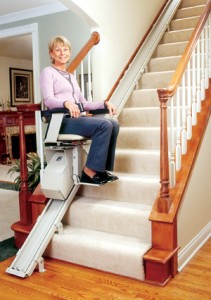 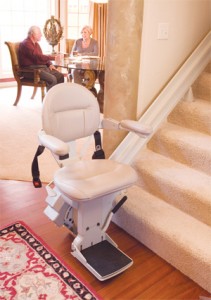 However, we can’t necessarily give Crispen all of the credit, as the idea of stairlifts actually date back the middle ages! In 2009, evidence was found that suggested that King Henry VIII had a rudimentary stairlift system installed on his palace which was operated by servants using a block and tackle or pulley system. This new evidence would make the idea of a stairlift hundreds of years old!

Nowadays the stairlift is installed in homes across the globe, and manufactured by several different companies. Pacific Mobility specializes in Stairlifts in San Diego, as well as a multitude of additional moblity products such as wheelchairs, walking canes, ceiling lifts, porch lifts, and power scooters.